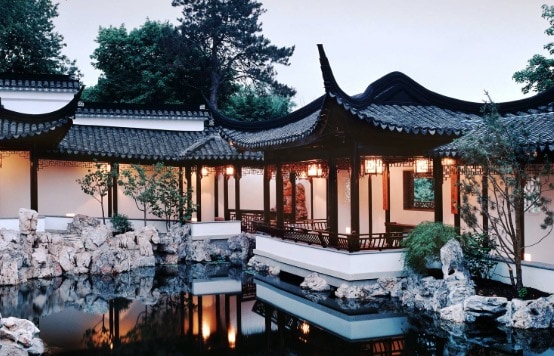 Snug Harbor in Staten Island was built in 1801 as a paradise for old, retired sailors. At its peak, it boasted a farm, a dairy, a bakery, a chapel, a sanatorium, a hospital, a music hall, and a cemetery, before being closed and abandoned.

Fortunately, the five majestic buildings of the Greek Revival and the chapel were listed on the National Register of Historic Places and saved from demolition.

The Snug Harbor Cultural Center merged with the Staten Island Botanical Gardens to create the attraction we see today.

This cultural and horticultural center has 28 buildings and vast gardens covering 83 hectares, where New Yorkers and tourists come to take a break and let themselves to be inspired by history, architecture, environmental sciences and visual and performing arts. 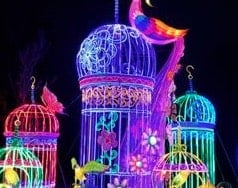 The Winter Lantern Festival is an immersive, creative and unique display of lights and art, in the city, Produced by New York Events & Entertainment and Haitian Culture. It was also a signature event for the China National Tourist Office.
Colorful lanterns serve as festive decorations during China’s holiday season. New Yorkers can get a glimpse of the traditional artworks through an exhibition on Staten Island.

On Wednesday, November 28th, the first Winter Lantern Festival in the history of New York was opened on Staten Island. It was an opportunity, for immersing in a glowing winter fairy tale.

More than forty luminous installations occupied about seven acres of land in the botanical garden. The installations were accompanied by traditional Chinese dances and other performances.

Among the installations that visitor saw at the festival: the Floral World of Wonders, a paradise for Pandas, Magical Sea World, and the Animal Kingdom, amazing Chinese Lanterns, as well as a festive seating area with a huge Christmas tree. In addition, everyone could take stunning photos in the electric light tunnel.
The festival is one of the most impressive Christmas lighting installations that you can see in New York.

The organizers were determined to bring a piece of Chinese culture to Staten Island. Therefore, the luminous zones were accompanied by live performances in which traditional Chinese performances, dances, and martial arts. In addition, traditional lion dances, Opera Warrior Dance, sword dance, Mongolian dance with chopsticks and other folk dances.

Organizers provided a food court where visitors can relax and have a bite, and the local gift shop to help them buy something important from the list of holiday gifts.

There is public parking for free at Snug Harbor Cultural Center & Botanical Garden for visitors. In addition, paid parking available in the New York Wheel Garage, located at 155 Richmond Terrace, Staten Island, NY 10301. The paid parking cost about 8$. Also, you can find shuttle services for free. 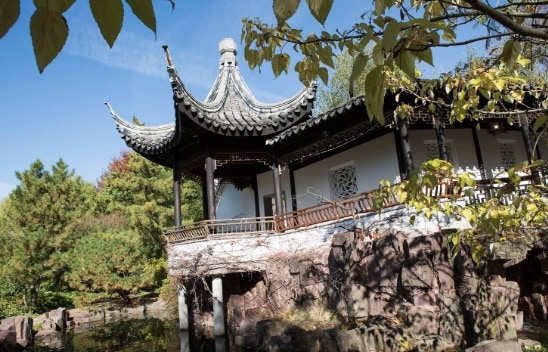 The Botanical Garden is a part of the Snug Harbor Cultural Center. It is located in Staten Island and is a glass building, which includes more than 20 gardens. In the garden stands the authentic Chinese garden of the Ming Dynasty, to reach the Secret Garden passes by a bridge drawbridge that crosses the moat, passes through a three-story castle and try not to get lost in the maze! The Rose Garden contains roses from all over the world. In addition, butterflies, herbs, sensory, French, and greenhouse.

It has art galleries and art school, includes a museum of activities for the boys.

With a great variety of colors and forms, the lanterns were illuminated seven acres of the Snug Harbor Cultural Center & Botanical Garden.

Lanterns were originated thousands of years ago during the Han Dynasty (206 BC-AD 220) lanterns are part of China’s cultural legacy. The installation of large lanterns is also a common habit in China, especially during the Lantern Festival, the 15th day of the first lunar month.

The lanterns included a 150-foot-long dragon, a traditional-style Chinese building, pandas, flamingoes, and an elf.

The festival featured some traditional dances and arts, including a martial arts show; lion dance, and face changing.